“Your body enters in interaction with the building. The building is human-scaled and allows to engage. The materials used are adobe, raw concrete, stones, and rammed earth. The size is tiny and the material itself makes you feel home.”
– Salih Küçüktuna & Mert Sezer / PIN Architects

The 20th century has seen greater levels of conflict, climate change and natural disasters, forced displacements and societal inequities, than ever before. To response to more complex narrative, new types of architectures are required. The sprawling structures and vertiginous towers power over nature and physics, pushing us towards more resilient and modular urban sites. Architecture is evolving and traditional structures are once more being celebrated. The people are reclaiming ownership. Physical space and in person interaction are still valuable in spite of the move to digital architectures in which we are now for most globally connected. Engaging the youth in new narratives and social rituals, is essential for future generations to become more than the vessels carrying the traumas of the generations before them.

And public spaces at the heart of urban living is a gift to the city itself. A city without human interaction is an empty shell. The city centers of London and New York only revolving around commerce lost purpose, meaning and crowds during pandemic lockdowns. People instead cooked, created, trained or gathered in parks for social warmth. This has been a drastic social change and awakening. Physical interactions and human encounters through sport, learning and gardening together will build a sense of community where sharing and caring are the new currencies.

At KoruMaya, each Pod, equipped with a fireplace for its ancestral role in storytelling, also invites in the 21st Century technologies of knowledge and interaction. American screenwriter Lena Waithe says: ‘I’m writing my story so that others might see fragments of themselves.’ KoruMaya’s navigation stands for active social interaction outdoor and indoor, in creation and in learning, in playing and seeding. It is a creative conductor for traditions, secrets and rituals to be passed with resiliency by enlightened hearts turned towards the future and not only anchored in the past.

… and challenging what failed local populations suffering from lack of opportunity, hope and social unity with a serpentine and hilled maze of possible intersections between vulnerable host and refugee communities. KoruMaya is an architecture where to build things and oneself. The architects themselves believe passionately that a piece of land designed and built in equal proportion between urbanity and nature, services and entertainment, can become the public space missing to seed a common ground, unleash imagination and bring people together.

Could KoruMaya support the next generation of future Olympians?

An important tool to lift at risk youth out of difficult situations is athletics. Through discipline, mentorship and teamwork sports teach resiliency. Health benefits are numerous and KoruMaya is dedicated to gender equality and female participation in sports in a region where female participation is traditionally low. State of the art volleyball and basketball courts will be available for all to use and you’ll likely find multiple pick up football matches being played outside at any given time.

Could KoruMaya’s eco-friendly irrigation systems be applied in other countries?

The Anatolian plain is a steppe climate zone, semi-arid with temperate weather. Although it is drier than many other climates KoruMaya will be able to host a mulitude of flora. Olive groves and pistachio orchards will bring green and shade to the city center. KoruMaya’s eco-friendly irrigation systems will allow for eggplants, peppers and tomatoes to flourish and contribute to the community kitchen’s bounty. Traditional healing plants will be available to learn about and use in homeopathic health workshops. Community members will benefit economically though the agricultural education they receive through KoruMaya’s programs.

Could KoruMaya become a model and case study of evolutionary architecture ensuring communities are at the center of the process?

The synergetic nature of KoruMaya with its green infrastructure planning and evolutionary design using collaborative responses, offers an evolutionary case study around which gathering and conducted by experts in urban design, mobility and diaspora, ancient and new standards of living.

To such extend, Maya Foundation and PIN Architects could run a biannual summit of forward thinkers and experts in the people's movements and the changing nature of architecture to facilitate transition. The Summit will initiate at first via digital platforms through keynotes and debates featuring worldwide networks of psychotherapists, urbanists, architects, artists, anthropologists, philosophers and sociologists. 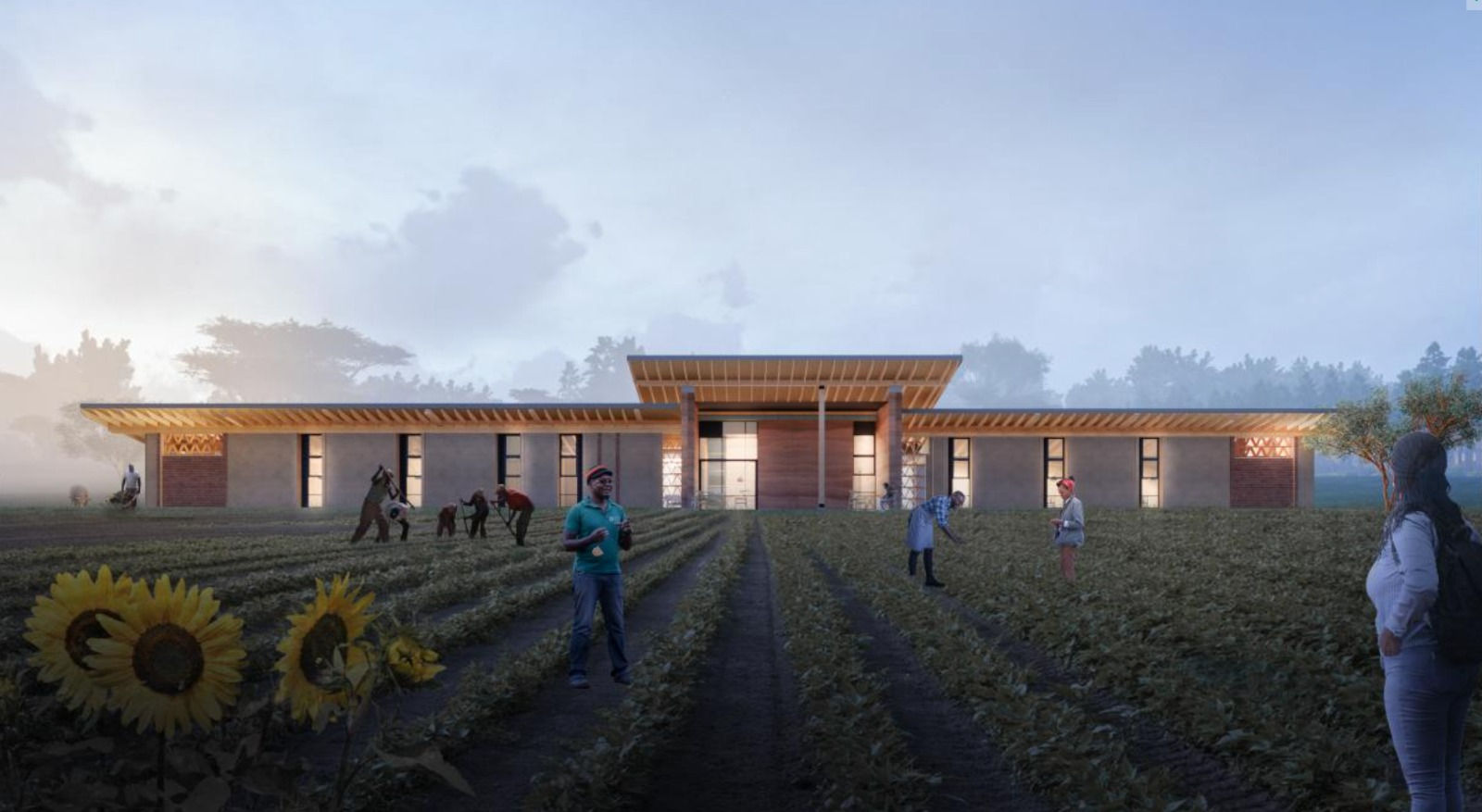 The future is now

Design initiatives for humanity have multiplied worldwide alongside a greater consciousness of social responsibility and accountability to one another. Holistic responses to problem solving have been seeded locally and globally with an increasing sense that borders and national discourses do not preserve humans from the consequences of conflicts, climate disasters, and pandemics. internet and social media have ignited architecture collectives willing to include citizens at the receiving end of their design. The pioneers Architects for Humanity renamed Open Architecture Collaborative and MASS Design which mission is 'to research, build, and advocate for architecture that promotes justice and human dignity’ are driven toward participatory design responses. And more studios such as Assemble Studio seed cross-pollination through workshops.

The act of sharing is the new currency.

And how can our food systems be redesigned to value social, economic, and environmental justice? The Food System Design Lab applies design thinking to the reconstruction of regional, equitable, and self-determined food systems that nourish the people and places that depend on them.

Michael Murphy, founding Principal and Executive Director of MASS Design was asked:'What do you consider the most pressing issues we face as a society today, and how should we go about addressing them?'


“I think it’s becoming publicly evident that our poorly constructed built environment is an urgent and growing concern. As seen in rising sea levels, in Haiti’s 2010 earthquake, and most recently during Hurricane Sandy, cities are not built to absorb change and catastrophe. Buildings shouldn't exist simply as commodities; they need to be rethought and redesigned in such a way that keeps the residents’ health and safety in mind. The only way to achieve this is to invest more heavily in design research and in our infrastructure at both the local and national level. Our design schools need to reprioritize their emphasis, and new practice models need to be sponsored to offer market solutions to this serious global crisis.”

SDG
KoruMaya Maya is committed to the United Nations Sustainable Development Goals (SDG). We fully embrace the practice of sustainability by implementing and incorporating long term strategies to invest in local communities.

SDG 1: Combat poverty in all its forms